Any wily Tax Practitioner can make sure that you hear what you want to hear. Interpreting the South African Income Tax Act in a favourable version is often the case when clients are expecting to give their tax responsibilities a wide berth but, according to Danielle Luwes of the accounting firm Hobbs Sinclair, decoding the Tax Act to suit your own outcome is a very irresponsible approach.

Section 223(3) of The Tax Administration Act prescribes that any individual, trust or company seeking an opinion of a section or clause of the Income Tax Act must now turn to an INDEPENDENT TAX PRACTITIONER: apart from the obvious reasons, this change in the wording of the act is intended to safeguard taxpayers against understatement penalties. This applies to taxpayers who are looking to lower their tax burden, apply for special allowances, confirm special deductions or who find something in the act that requires clear interpretation. The Act reads as follows: “The penalty can be remitted for a substantial understatement if SARS is satisfied that the tax-payer was in possession of a tax opinion provided by an independent tax practitioner. This refers to Income Tax, VAT and Employees Tax (PAYE) etc.” We have a very innovative Tax Act, which is also investor-friendly if interpreted correctly, with many Government incentives and opportunities aimed at job creation: one only needs to look at the incentive provided for in Section 12 J. The important thing is how this act is interpreted. Getting it wrong could land you up with a 200%-plus penalty of the disputed portion of the claim.
An independent practitioner would meet with the taxpayer in order to extract all the facts, analyse any documentation and establish whether a Tax Opinion is required. The independent tax practitioner would then have to begin the process of researching case law, previous SARS binding rulings and, when the queries are particularly complicated, commissioning the expertise of a tax expert. Hobbs Sinclair use the services of Phillip Haupt, who writes notes on The Income Tax Act, or Professor Trevor Emslie, who will either confirm interpretations, supply their own opinions or suggest that the tax payer apply for non-binding rule from SARS. Non-binding rulings are free and available from SARS within approximately 2-3 weeks. A non-binding ruling is an ‘Informal guidance issued by SARS in respect of the tax treatment of a particular set of facts and circumstances or ”transaction”, but which does not have a binding effect within the meaning of section 88.’ A non-binding ruling may be quoted in proceedings involving the person to whom the opinion was issued.

Binding rulings, on the other hand, are risk-averse and applicable for a term of five years. The issuing of a binding ruling is a more involved process and comes at a significantly higher cost than an independent Tax Opinion. Binding rulings are subject to an application fee of anything between R10 000.00 for a standard matter and over R105 000.00 for a complex case, as well as a cost recovery fee based on how many hours it took to consider the issues raised in the application.

Hobbs Sinclair believes that any unsure taxpayer who is not obtaining a Tax Opinion is in fact acting negligently. “An independent tax opinion covers and protects you from understatement penalties and should form part of your tax strategy, especially if you need to clarify a complicated section of the act that needs more interpretation,” says Luwes. 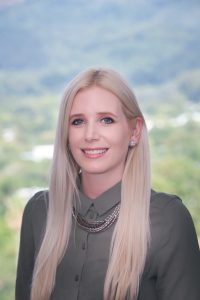 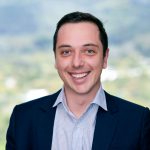 The Rights of Employees and Employers During Business RescueBlog 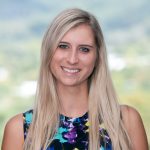