In this past year, our profession, and in particular, our reputation as independent auditors and chartered accountants, has been subjected to fairly intense scrutiny.

The SAICA is re-looking at the state of the profession of chartered accountants, having appointed Professor Mervyn King to lead their governance review to rebuild trust in the accounting profession, and Acting CEO Fanisa Lamola relooking at SAICA’s disciplinary procedures.  The SAICA Accountancy SA has released an article:

A number of accounting irregularities have brought to light instances where
members of the profession have not lived up to the profession’s reputation of
integrity, ethics and independence. The repercussions have been wide and
detrimental. There is now a dire urgency for public trust and confidence of
CA(SA) to be regained. (SAICA – Accountancy SA)

The SAICA is taking a firm stance with their members, having published a “name and shame” press release detailing names of members implicated in the latest VBS Mutual Bank scandal.

The IRBA, on 31 July 2018, announced that they are looking at introducing a “Transparency Report” which intends to provide insight into audit firm operations, governance, leadership, culture, ethics, audit quality, transformation and audit engagements.

According to Imran Vanker, Director: Standards of the IRBA, “There is an increased need for clients of audit firms to have access to such information to support their long-term planning of the audit service and to support the tendering processes for audits ahead of rotating their audit firm. We hope that in the light of the level of scrutiny on audit firms that the profession embraces an attitude of disclosure and transparency which will contribute to restoring confidence in the audit quality and professionalism of auditors.”

“There is a common observed trend, where recurring deficiencies have been raised at both firm and audit levels, which is an indication that firm leadership is not sufficiently promoting a quality-oriented internal culture, or fulfilling its responsibilities to ensure quality within the firm.”

Sure, this “Transparency Report” and other pending regulations will result in more policy documents to be implemented and adhered to, the IRBA doing additional inspections of firms and files, and the SAICA taking more disciplinary action against members acting outside of the scope of the Code of Professional Conduct.

But will it sufficiently address the inherent lack of ethics, or independence, of individual people, and in this instance, of the few auditors who have caused significant damage to the many other genuinely committed professionals?

“Rules are for the guidance of wise men and the obedience of fools.” (Brickhill, 1954)

We, as auditors, must be held to higher standards. Users of the financial statements that we independently audit rely heavily on us: that we have first considered whether we can accept appointments as auditors (considering our independence as well as our skill levels, inter alia); that we have undertaken our risk assessments; that we have performed sufficient, appropriate audit procedures; that we issue correct opinions.

The disclosure of Key Audit Matters in the Audit Report also now discloses to the users the risks determined to be key in the audit engagement, as this provides these users with valuable information about the state of the underlying company.

We need to examine ourselves introspectively, not only to merely comply with the laws and regulations, but to genuinely believe that we are acting in the best interest of the public, and our clients, holding ourselves to a high ethical standard.

“Power tends to corrupt and absolute power corrupts absolutely. Because power corrupts, society’s demands for moral authority and character increase as the importance of the position increases.”*

I do believe – hopefully not mistakenly – that most of us auditors have strongly entrenched ethics and honest moral values.  Unfortunately, while power and money do corrupt, we are, again hopefully, strong enough as a profession to withstand the attraction and stop the bullying from the private sector to ‘turn a blind eye’ to unsavoury, occasionally illegal, business practices.

We, at Hobbs Sinclair Incorporated, have incorporated these principles into our firm culture.  We expect our staff to follow the principle of “We do what is right” – this, to us, means the following:

We believe that leading by example entrenches this philosophy, setting it in stone.

Good leadership and good habits filter from the top down. 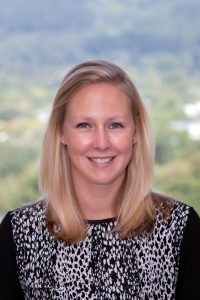 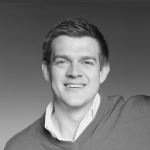 Why Trusts Need an Independent TrusteeBlog 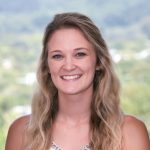