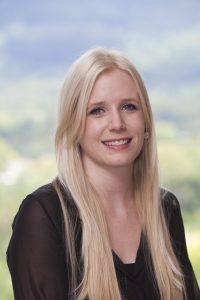 The worldwide attempt to reduce obesity has been given the ‘thumbs up’ by a few forward-thinking fiscal departments in several countries, with South Africa recently joining the fight against obesity.

The proposed Sugar Tax Law – which argues for a 20% tax to be imposed on carbonated, sweetened beverages overall–, has been touted as a solution for reducing obesity in our country of 220,000 people. According to a recent study conducted by WITS and presented to Treasury, data supporting the new taxation are generated from surveys conducted locally and in Mexico and France.

Fortunately (or not, depending on which side of the Sugar Tax fence you find yourself), reports have been criticised as being inaccurate, triggering a call from Minister Pravin Gordhan for an impact assessment of the proposed 20% increase tax burden on consumers of the sweet, fizzy stuff. Treasury and economists are expected to unpack the results of this report in November and decide ‘yay or nay’ on the implementation in 2017 of this proposed Sugar Tax.

Of course, the beverage industry is up in arms, clambering ‘Why not sweets and chocolates?’ ‘Why not fats and oils!’ Coca Cola has argued that sugar consumption over the last 15 years has declined by 13% while consumption of meats and oils have seen a startling escalation of 150%! A spokesperson for Coca Cola says that the company will be forced to close a number of its plants should the levy on sugar sweetened beverages proceed. Likewise, Beverage SA claims that implementing the Sugar Tax Act will result in 60 000 job losses and a decrease in GDP.

Businesses need to look at adapting their products to include less sugar, and not necessarily levying a tax on sugar sweetened beverages, but to raise educational campaigns in conjunction with the levy or no levy whatsoever.

Pro Sugar Tax rallyers are claiming that the proposed tax will most definitely combat obesity, reduce our country’s tax deficit and raise much needed government funds, with reports saying that such measures could save up to R10 billion in medical care costs for people suffering from obesity.

So the big question is this: Has this worked anywhere else in the world? The answer is rather vague. Denmark, France and Mexico are the only countries who have imposed sugar tax: Denmark as far back as 1930, but recently abolished, and France and Mexico in 2012 and 2013, respectively. In a recent study conducted by a research firm in Mexico, BMJ, a 6% drop in sugary drinks was achieved in 2014 with estimated revenue from Mexico’s 10% at 15.4-16.0 billion pesos (about 10 billion ZAR).

It has been estimated that reduction in sugary drink consumption will decrease the number of people who are obese by 1%. Pretty impressive. This certainly bodes well for the pro tax camp. But on the other hand, Denmark excised a tax on saturated fats in 2011 which led to inflation, cross-border shopping, job losses and huge administrative costs; thus, the ‘fat tax’ was abolished a mere 15 months after its implementation.

The debate in South Africa rages on. Consumers will soon know their fate as the study is released and the Treasury and sugar and tax experts vote in November. Stock up now… 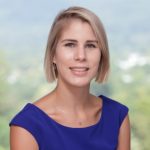 What is employee engagement and is it the Elephant in the Room?Blog 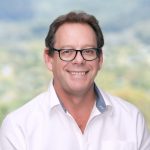