When investing into Africa, some are of the opinion that companies and investors should not be using off-shore tax structures to avoid paying tax in Africa as this dilutes investment, and minimises income in countries that need it most. However, Mauritius proves it is a good course to consider, and a credible one at that, if the sheer numbers of investors are an indication

Who would have thought, 30 years ago that Mauritius would evolve into an economic hive of international business. This sugar and textile driven holiday destination has seen the fruits of its strategy of consolidation and diversification and in as little as 2 decades has shifted to an economy that has become globally competitive in a number of areas.

Situated approximately 1,200 kilometres east of Madagascar, Mauritius is conveniently located in what is known as the “golden triangle” midway between Europe and the Far East – the Gateway between Asia and Africa. Mauritius is a politically stable, democratic state with a well-established and regulated financial services sector, which now constitutes as much as 10.3% of the islands GDP. The country’s fair and transparent tax system is probably its number one draw card for South Africans who are trading off-shore or who have International Headquarters. As a jurisdiction, Mauritius offers significant benefits from an extensive range of Double Taxation Agreements. Investors are not subjected to capital gains tax or estate duty, which makes it a strong contender for high net-worth individuals. Global companies pay only 3% tax, and thus it is evident why Mauritius makes business sense.

Foreign direct investments flowing into Mauritius continue to increase year after year, which is not surprising when one considers the country’s social stability, open economy, strong banking sector, bilateral agreements with various countries, highly educated and hard-working human resources and its relation to the Indian Ocean and ease of doing business. Business processes are quick and efficient, responsible and more importantly accessible, with stringent requirements in place to keep it regulated. The financial sector houses 21 banks, including HSBC, Standard Chartered, Barclays, Deutsche Bank and South Africa’s Investec and Standard Bank.

India, as one of the countries with a DTA with Mauritius sees 39.6% of its foreign investment being routed via Mauritius. There are currently 14 double tax agreements with Africa and a further 10 being negotiated.

Oh, and its also the #1 honeymoon destination in the world!

Why Mauritius? (Courtesy of the Board of Investment, Mauritius) 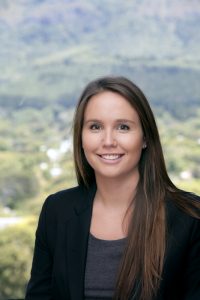 The Culture of Making a ProfitBlog 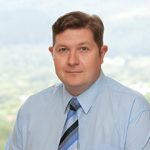