Anuva Investments, one of South Africa’s first Section 12J Venture Capital Companies has announced its maiden results for the February 2016 financial year. The VCC has reported earnings of R13.7million and paid a dividend of 28% to the initial investors.

These impressive results are due to the company’s acquisition of Mastercare Appliances, which was under business rescue and needed a capital injection to complete the business rescue plan. According to Neill Hobbs, one of the founding members of Anuva Investments the successful business rescue of Mastercare would not have been possible without the ‘shot in the arm’ from Anuva.

SARS’s policy of boosting small-to-medium business was encouraged by the introduction of section 12J of the Income Tax Act in 2009. The Venture Capital Company was intended, by SARS, to be a marketing vehicle that will attract retail investors; having the benefit of bringing together small investors as well as concentrating investment expertise in favour of the small business sector. Tax-payers who invest via this equity finance vehicle receive a 100% tax deduction on funds invested.

Anuva now controls 69% of Mastercare and plans to expand are already underway. On 1 September 2016, Anuva invested in Mastercare Medical Supplies which will be the sole distributor of sports bracing and medical products for Medac (Pty) Ltd. According to Hobbs, “Through the acquisition of Mastercare we have a national infrastructure for sales and distribution. Mastercare Medical also has distribution rights to a number of export destinations, which is very exciting for us.” Anuva plans to launch a new energy venture, Mastercare Energy, which will provide cost-effective energy solutions to households.

Hobbs confirmed the Anuva VCC strategy is to invest into promising, well-managed small-to-medium companies which are securely established and have a proven track record but are under-capitalised. The company is exploring and conducting due diligence on opportunities in education, medical, energy, security and agro/processing businesses. 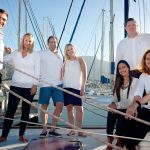