45 out of 1000+ companies going into liquidation per month seek business rescue indicates new legislation is being overlooked.

In South Africa business rescue initiatives have worked particularly well where the directors have understood the provisions of the New Companies Act and applied for business rescue in good time. Unfortunately, in many instances business rescue has been used as an alternative to liquidation, a last resort when the company is unsalvageable. According to the latest CIPC survey, 55% of business rescues have achieved a positive result.

Perhaps Business rescue has suffered criticism, but Hobbs stresses the focus should be on the successes not the failures. Getting to grips with the practical application of this new and complex legislation has been daunting and exciting. “What we’ve learned” says Hobbs “is to be diligent about which business projects we accept and in 2013 we turned down more projects than we accepted. Sadly many business managers tend to contemplate business rescue as the last resort, when all else has failed.”

An Eastern Cape based construction company illustrates a recent success story. In February 2013, the company recognised that they were in trouble and immediately applied for business rescue. Hobbs attributes their success to the fact that they sought assistance in good time. The price of materials, fuel and labour had increased significantly over the period leading up to the business rescue. These costs comprised the largest part of the companies cost of sales and expenses and had significantly reduced any projected contract’s profit margins – which put them into financial distress. Although they had not exhausted their cash reserves and were still engaged in projects and tenders, the business was undercapitalised and under strain. The rescue process commenced with minimal disruption; the chief executive functioned as usual and a temporary supervisor was put in place. Within 8 months the business rescue process had:

Once a company is placed under business rescue the practitioner is to produce a comprehensive plan showing a route where the company can be made viable within 3 months. The Department’s three month requirement is in most cases too short. Experience shows that six to twelve months is usually needed to be effective. The Business Rescue Plan may envisage a better result for all parties concerned and a greater return for the company’s creditors or shareholders than would result from the immediate liquidation of the company.

Another advantage of being under business rescue is that the company cannot be subjected to legal action, and unpaid creditors can be legally prevented from calling for immediate payment. 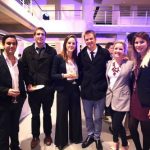 CTCAA Annual Charity AuctionNews
Consult a business rescue practitioner if you are in the slightest doubt about where your business is heading!Blog, News